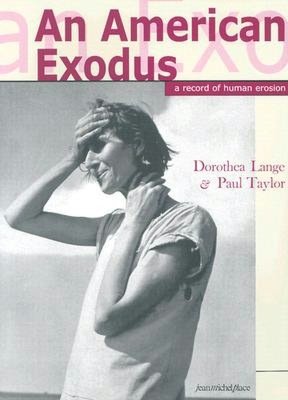 An American Exodus
by Dorothea Lange and Paul Taylor

I spent the weekend in the Ozark Mountains with a group of fantastic women.  I attended the Arkansas Women Blogger Conference and learned more than is possible about the worlds of blogging and social networking.  As I walked the halls of the buildings of the Ozark Mountain Folk Center, I kept seeing the images of the old timers who once walked the same halls.  All I could think of was the amazing work done by Dorothea Lange and Paul Taylor in the book An American Exodus.

In the piece of non-fiction, Lange and Taylor, document the movement of more than 300,000 migrant workers to California during the Great Depression.  It combines Dorothea Lange's unmatched documentary photography skills to the oral history captured by her husband, Paul Taylor, in accessible prose.  It tells the story of the impact of the Depression on the rural poor and is a nice contrast to the overwhelming amount of information about the effects of the time on the urban poor.

It isn't a book that needs to be read through from beginning to end. It would serve well as the centerpiece of a family discussion of the past, especially since references to the Great Depression are so often found in the media today.  Find a photograph that is meaningful to you or your child and read about the person it hopes to reflect.  It is not currently in print, so get a copy of it from you local library.  If you find that you  want to include it in your own library, it can be purchased on the used market.
Posted by Melissa at 11:04 AM