What can a piece of paper from the past tell us? 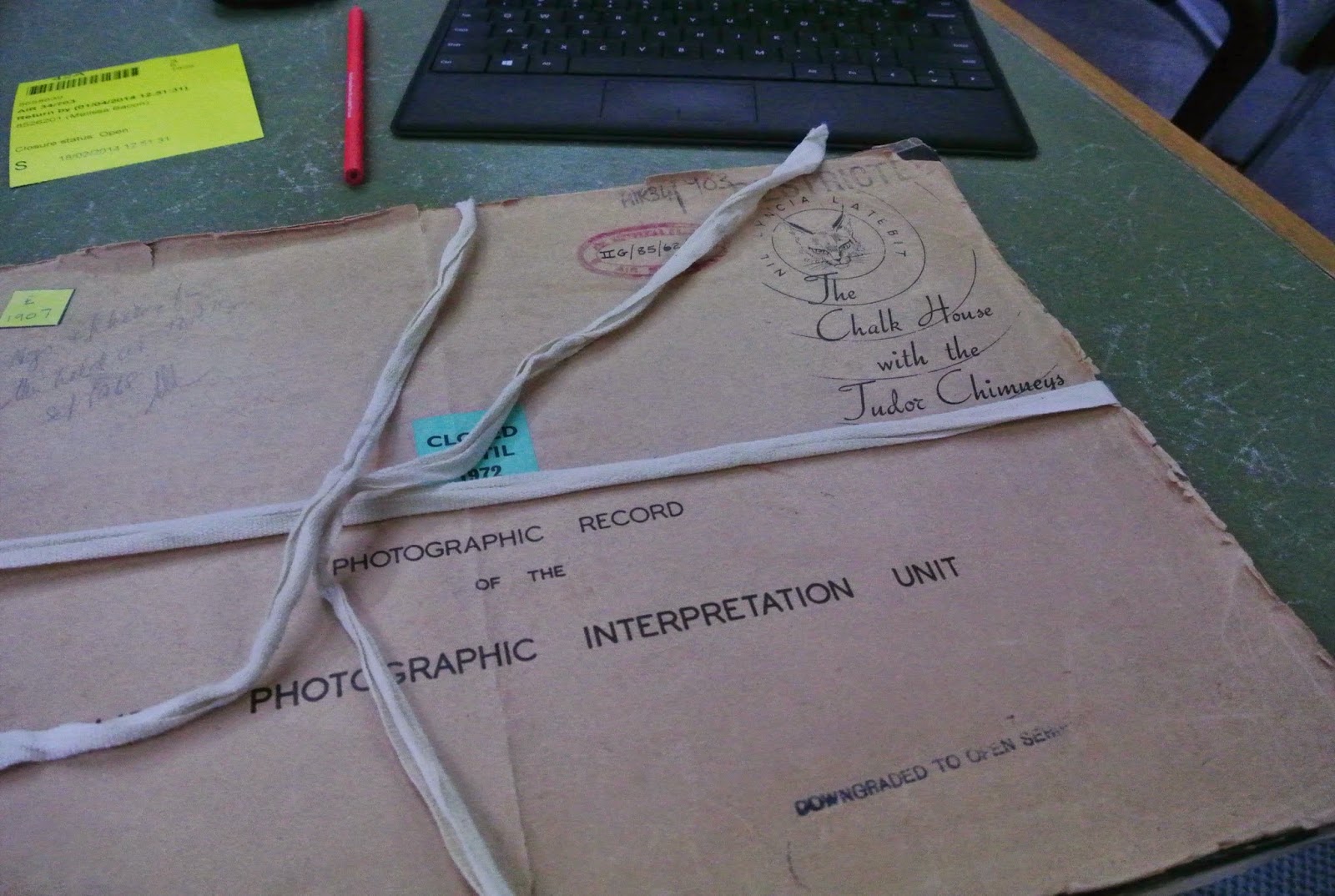 The research continues while the writing nags.  It is a balancing act of joy for me.  What to do? Read or write?  For now, you will find me writing in the mornings and reading in the afternoon and evenings. Pouring over my notes from my trip to the National Archives in London, I remembered I hadn't shared my experiences there.

I took the long train ride to Kew from Primrose Hill, making two transfers before I arrived to the village. I walked through a quaint residential neighborhood making my way to the archives.  I spent a little time getting my reading room ticket.  I simply presented a utility bill and my passport and I was handed a card, valid for three years.  Armed with a clear plastic bag containing my camera, pencils with recently removed erasers, and my surface (the best writing tool I have ever purchased), I made my way to the computerized catalog to order my desired documents.  I submitted my top three items and made my way downstairs to wait for them to show up in my assigned cubicle.  Excited, I ate quickly and went upstairs, cleared security and watched the clear red plexi door, waiting for my treasures.

The smell and texture of the documents transported me back to the past.  I saw the hand writing of the very people I had been researching for a year.  They were real, not fiction.  I wished I had the forensic insight of Hanna Heath of Geraldine Brooks creation in People of the Book. Combing through the items I had picked before I left the US was hit or miss, but I found some real treasures.  Whatever your interests, if you ever have a chance to dig into papers from the past, take it.  It was a thrill from beginning to end.

I would also recommend you or your young adult try out this amazing book.  Hanna Heath, a rare book specialist is tasked with the restoration of an usually illustrated Haggadah.  It is a story about a book that has a past of its own and a story to tell.  I loved it.  Romance alert:  I didn't read it with YA readers in mind, so you may want to check the brief romance scenes to make sure they fit within your family's boundaries, if you are recommending it to your young adult reader.

Email ThisBlogThis!Share to TwitterShare to FacebookShare to Pinterest
Labels: Geraldine Brooks, National Archives, People of the Book, writing a ya novel, yalit 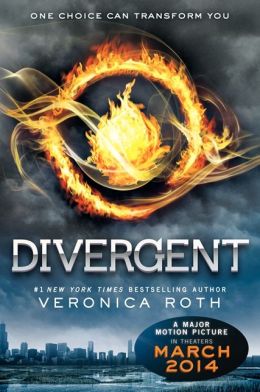 Just a quick note to say I loved this movie.  Last week was our spring break and my son and I saw it twice.  I just loved the way the art director transformed Chicago.  I couldn't get enough of the imagery presented of my favorite American city's future.  They did a great job of being true to the story and the pace of the movie made me want to read the next book in the series, Insurgent.  Unfortunately the novel hadn't compelled me to do the same.

If you find you have an evening free, check it out!
Posted by Melissa at 1:57 PM 262 comments:

Email ThisBlogThis!Share to TwitterShare to FacebookShare to Pinterest
Labels: Divergent

Keeping an eye on things

The best part of researching this book is meeting the people and joining them in going to unusual places.  One of the best places I found while in Great Britain was a bunker in Uxbridge.  It was the bunker for RAF Fighter Command 11 where Winston Churchill spent September 15, 1940, the day the Battle of Britain is commemorated.  At the bunkers, all the movements of the assigned units were monitored manually.  It was important for me to visit because Millie will begin working her way up through the WAAF ranks as a plotter.

I visited the Bunker on my first full day in London. Because I had plenty of time after breakfast before my 2pm appointment, I decided to walk around Regent Park.   I walked around the Zoo and Wildfowl sections and then I could take no more.  My feet were killing me.  My boots were the wrong choice for footwear!  I thought they would be best for the rain, but I’d rather have wet feet than sore ones.  Luckily, I needed to head to Uxbridge, so I made my way to the closest tube station, Baker Street tube stop.

I caught the train and kept thinking I was never going to make it for the week with my current foot pain.  And wouldn't you know it, I didn’t bring an alternative pair of shoes.  That will never happen again, I assure you.  The tube ride was a straight shot, so I arrived in Uxbridge by 1.  I got off at the station and, to my relief, there was a sporting goods store.  Uxbridge was a delightful little village, which has many quaint little homes and a lot of shopping.  I walked straight into the store and bought a pair of waterproof hiking shoes and a pair of gel inserts.  While I was trying on the shoes, I noticed that I had lost my directions to my destination in Uxbridge.  I was of course planning to walk.  I searched high and low but could not find them anywhere.  At 1:40, I surrendered and headed to the taxi stand outside the tube station.  The first taxi driver knew right were the bunker was and we were on our way.  It wasn’t far, and the driver Mark was really kind. With the status of my feet, I have to admit it was the best 5 pounds I have ever spent.  And, I do not think I would have ever found it even with my maps!

The Bunker was everything I hoped for.  The curator Jerry was excellent!  And, all those in attendance were curious and attentive.  I struck up a friendship with a pair of gentlemen who were in from Cambridge.  We spent three hours discovering, listening and learning.  Once we finished up, my new friends offered me a ride to the tube station, as it was getting dark.  I decided to accept, thinking that anyone with common but obscure interests must be trustworthy. Two things stood out at the bunker:

1-The phones were, as you might expect, dial-ups.  The three children there had no idea how to operate them and were fascinated that you would put your finger in and dial.  The curator encouraged this.  They were allowed to touch and explore everything.  At one point, we were all trying on the flight jacket the pilot model was wearing.  He was just so pleased they had an interest.  I do believe those children fell in love with history that day.  Why is our American approach so restrictive!

2-There was an elderly couple there. The woman was particularly interesting.  I overheard her telling the children that they had to practice putting on the gas mask and that they were very tight on your face.  We struck up a conversation and I told her about the book and my research.  After I mentioned my interest in women and the war, she told me that all women 18-35 were expected to serve, if not in the military then in the factory.  I asked if she had served and she said, ‘Sadly, No.  I had wanted to be a WREN. They had such stunning uniforms.”  We talked a little longer and I asked if she had grown up in London.  “Yes,” she answered, “in Windsor.  My Father used to count the bombs dropping like sticks during the Blitz.  One night while counting, he realized it would land on our house and indeed it did.  We were buried in the wreckage, and my 19 year old brother was killed." She went on to say,” Funny, during the war I never thought about it much, it was just how things were.  I never really thought about it until the 9/11 bombings.  As I watched the victims running from the towers, I could remember the feeling of my mouth and nose being filled with concrete.  I couldn’t breathe.”

It is amazing what people will share if you are willing to listen.

If you find all of this World War II action interesting and want to share it with your middle reader, I would suggest a book called The Coastwatcher by Elise Weston.  It has been a while since I have read it, so here is a review from School Library Journal:


Gr 4-6-It is 1943 and Hugh and his family escape a polio epidemic by leaving Charleston for the South Carolina seashore for the summer. While there, the 11-year-old considers it his duty to watch for any signs of enemy activity. He becomes suspicious after seeing what he believes to be a periscope off the coast, finding German cigarettes, and stumbling across an unreadable map. When no one believes him, he goes out on his own to discover if the town has been secretly infiltrated. At times, it feels as though the author is compelled to get in as much background information surrounding WWII as possible. This may become a slight distraction for some readers, but the simple, flowing story will still appeal to reluctant readers, and boys, especially, will connect to the protagonist. An author's note gives more specific details about what occurred on American coastlines at this time. An enjoyable historical novel.-Christine McGinty, Newark Public Library, NY Copyright 2006 Reed Business Information.
Posted by Melissa at 10:47 AM 34 comments:

Email ThisBlogThis!Share to TwitterShare to FacebookShare to Pinterest
Labels: Fight command 11, kidslit, The coastwatchers, writing a ya novel, WW2 Battle of britian 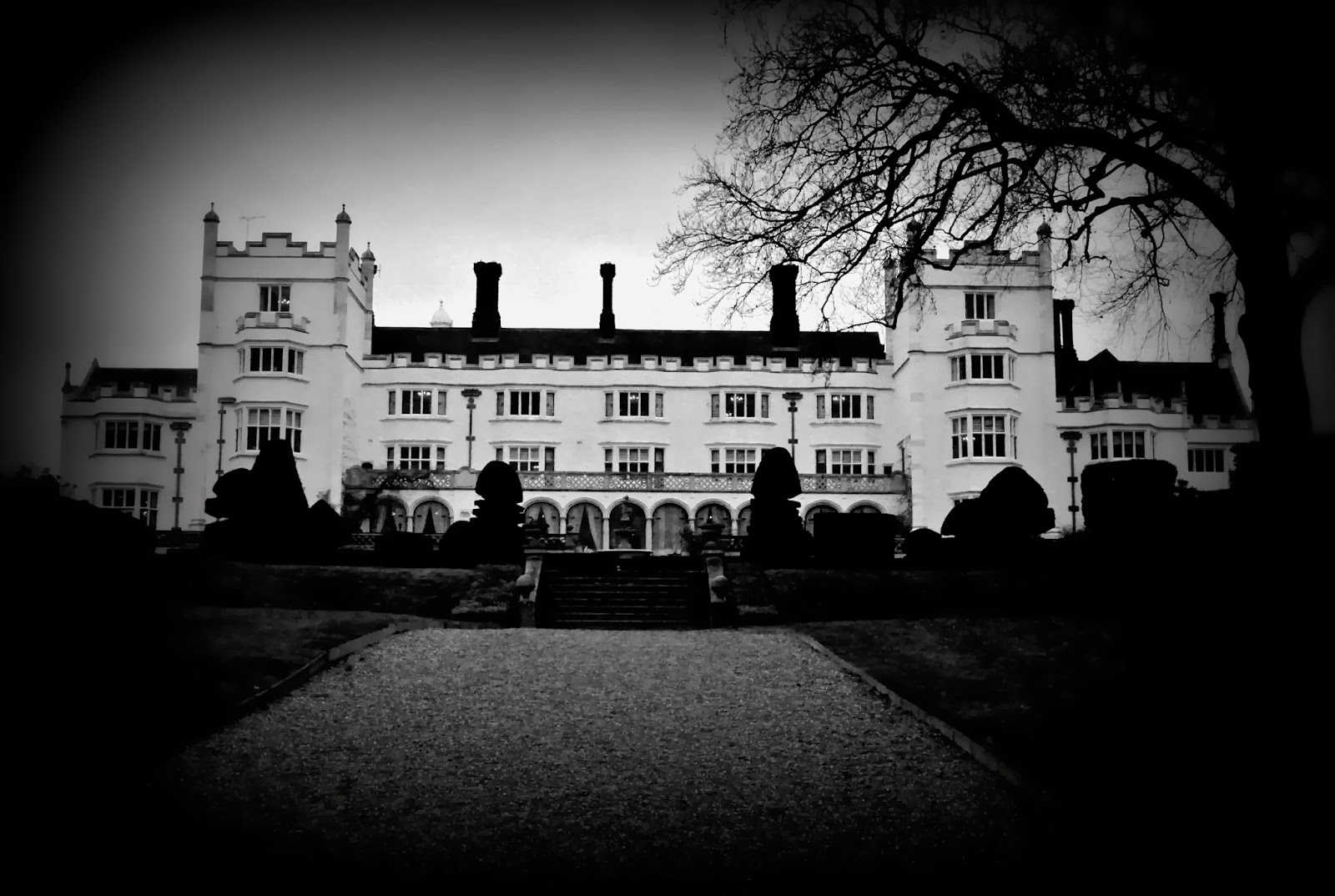 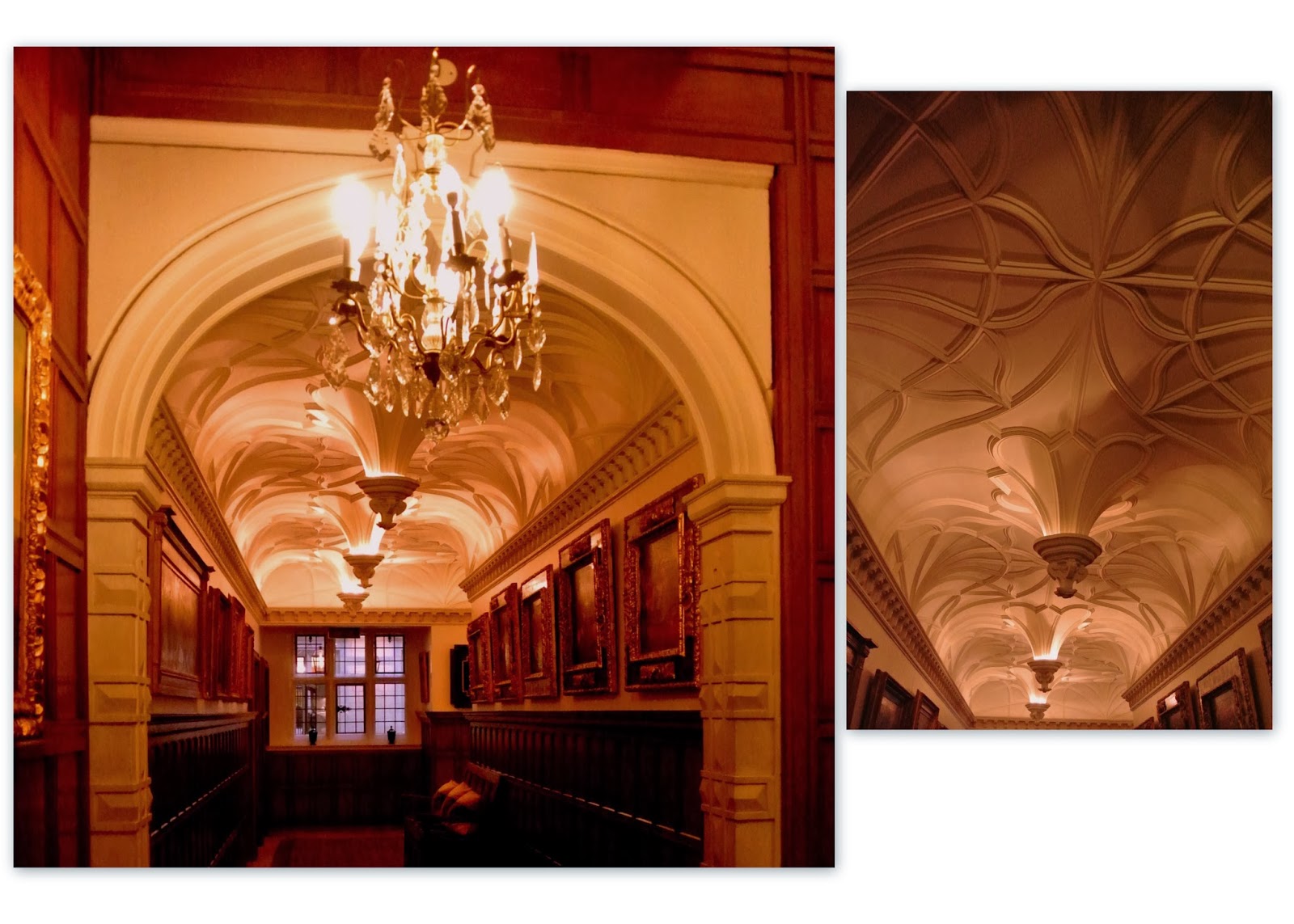 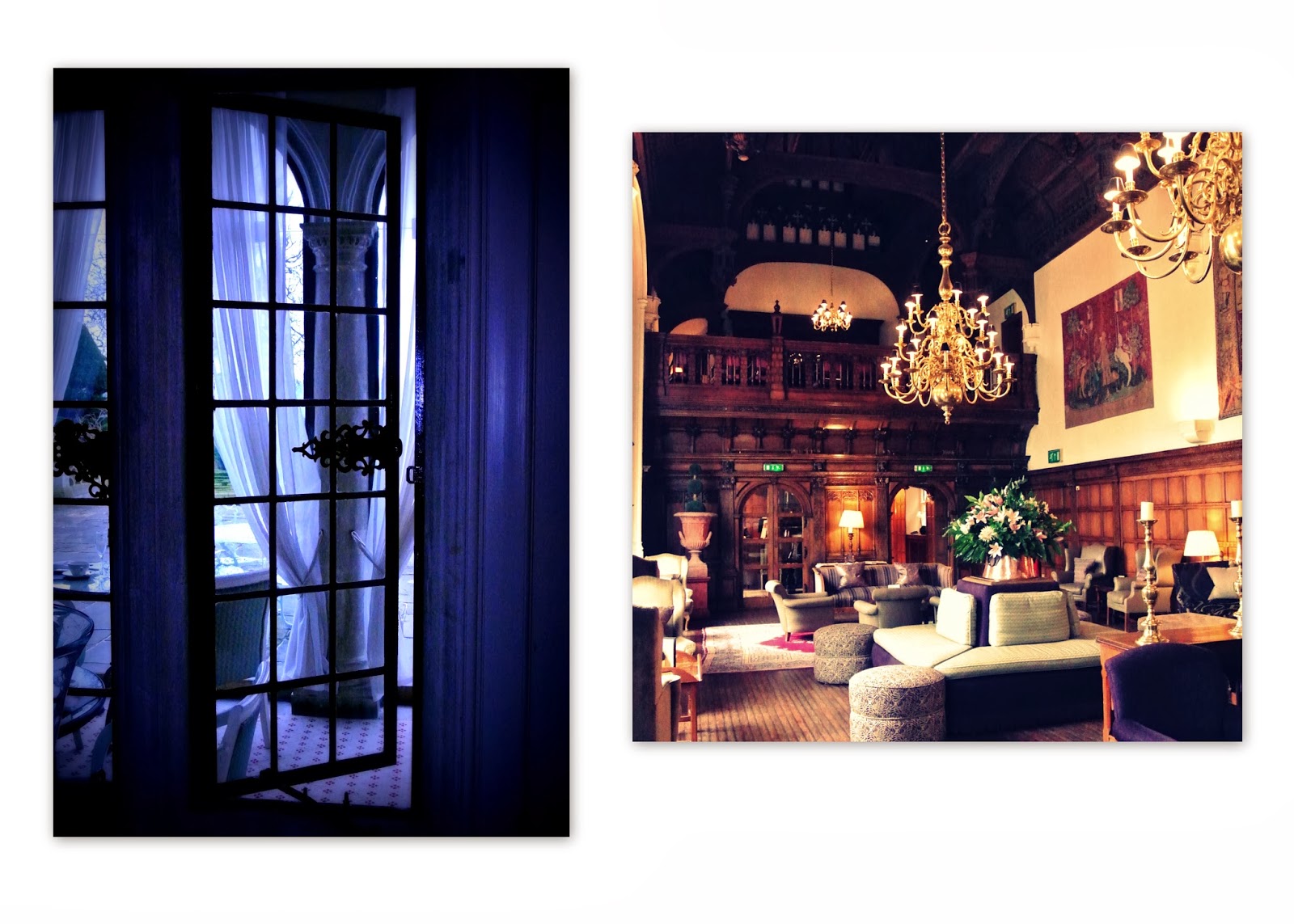