Odd and the Frost Giants

I was never a big fan of Mythology.  I read the requisite stories, which as I recall did not include any Homer.  Honestly, I have trouble keeping track of Roman vs. Greek Gods.  On the other hand, my son and his friends cannot get enough of Gods and Goddesses and Warriors and Maidens.  In early elementary, he devoured the traditional versions of the myths. Now, with the help of Rick Riordan, these ancient stories are colliding with modern day life and have expanded to include the Egyptian Gods and Goddesses as well.

And now the Norse myths are finding their way into our lives.  While I have not seen the movies, I understand Thor makes a great showing in both the movie named for him and the new Avengers movie.  His long time enemies the Frost Giant are also introduced.

If you have an early reader at home, who loves Thor, I have just read the perfect book for you.  Odd and the Frost Giants by Neil Gaiman is a surprisingly warm tale of a boy named Odd.  Like many of the protagonists we have discussed here, Odd is orphaned when his Viking father perishes at sea.  This is only the beginning of Odd's bad luck. It continues with some other unlucky defining moments (which I will leave out here so as not to spoil this elegant tale) until Odd meets three companions: an eagle, a bear and a fox.  The quartet embarks on a journey that is filled with magic, adventure and compassion as they travel between the land of humans, Midgard, and the City of  the Gods, Asgard.

Inspired by traditional Norse mythology, this quiet novel is perfect for a child who is mastering chapter books.  The chapters are short and include detailed pencil drawings by Brett Helquist, illustrator of Lemony Snicket's  A Series of Unfortunate Events.  It has quickly become one of my favorites. 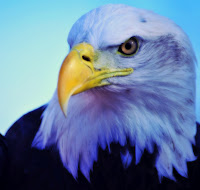